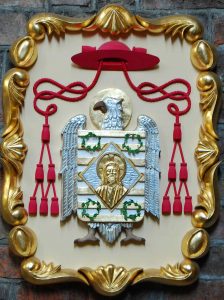 The Order of Canons Regular of Saint Augustine :

The Canons Regular of Saint Augustine are clerics living in community in a monastery, under the authority of an abbot, according to the Rule of Saint Augustine. Unlike monks, the Canons exercise a ministry in close cooperation with the diocese.

The first Canons of Beauchêne

among whom Father Mortara

It was in Beauchêne that the Congregation of the Canons of the Lateran was reintroduced into France by Bishop Pius in 1872, first with one Father and one Brother, then with other Italian confreres from Austria, where they had taken refuge after the capture of Rome by Italy in 1870.

Father Mortara, in particular, was among these new arrivals: as a child, a Jew and dying, he was baptised in extremis by his parents’ Catholic servant, then taken away from them to be adopted by Pope Pius IX and brought up a Christian, not without provoking widespread controversy with international repercussions. As an adult, Pio Maria Mortara freely chose to become a priest and a missionary, happy to be under the Pope’s protection.

This new foundation in Beauchêne represents the restoration of the Order of Canons Regular in France. It had been dispersed during the Revolution of 1789 and had not been re-established.

and a nascent abbey

The year 1874 brought with it the institution of a junior seminary with seven pupils. The building could not house any more. In 1875, the junior seminarians joined with those of Saint Joseph College in Bressuire, the administration of which was entrusted to the Fathers.

On 1st August 1878, the bishop of Poitiers established the monastery in Beauchêne as an abbey, with Father Lalli as the first Abbot.

Less than ten years after its foundation, the expulsions of 1880

and the dissolution of the community

At the time of the laws of 1880 separating the Church and the State and prohibiting Jesuits on national territory, other religious communities, subjected to government authorisation under threat of dissolution, refused out of solidarity.

This led to the departure of the foreign religious in Beauchêne to Italy, England or Spain, followed by the expulsion of the French Canons.

In 1896, the community, governed by a new Abbot, Dom Rousseau, was made up of 12 priests, brothers and novices, and pursued its apostolate despite the irreligious laws. In 1901, some of the Canons are obliged to leave for Belgium, following the dissolution of religious communities in France. The last resident priest, the Father Abbot, has to leave in 1903 when the chapel is closed and sealed.

Community life thus disappeared completely from 1901 to 1919, even though popular pilgrimages were restarted from 1910. 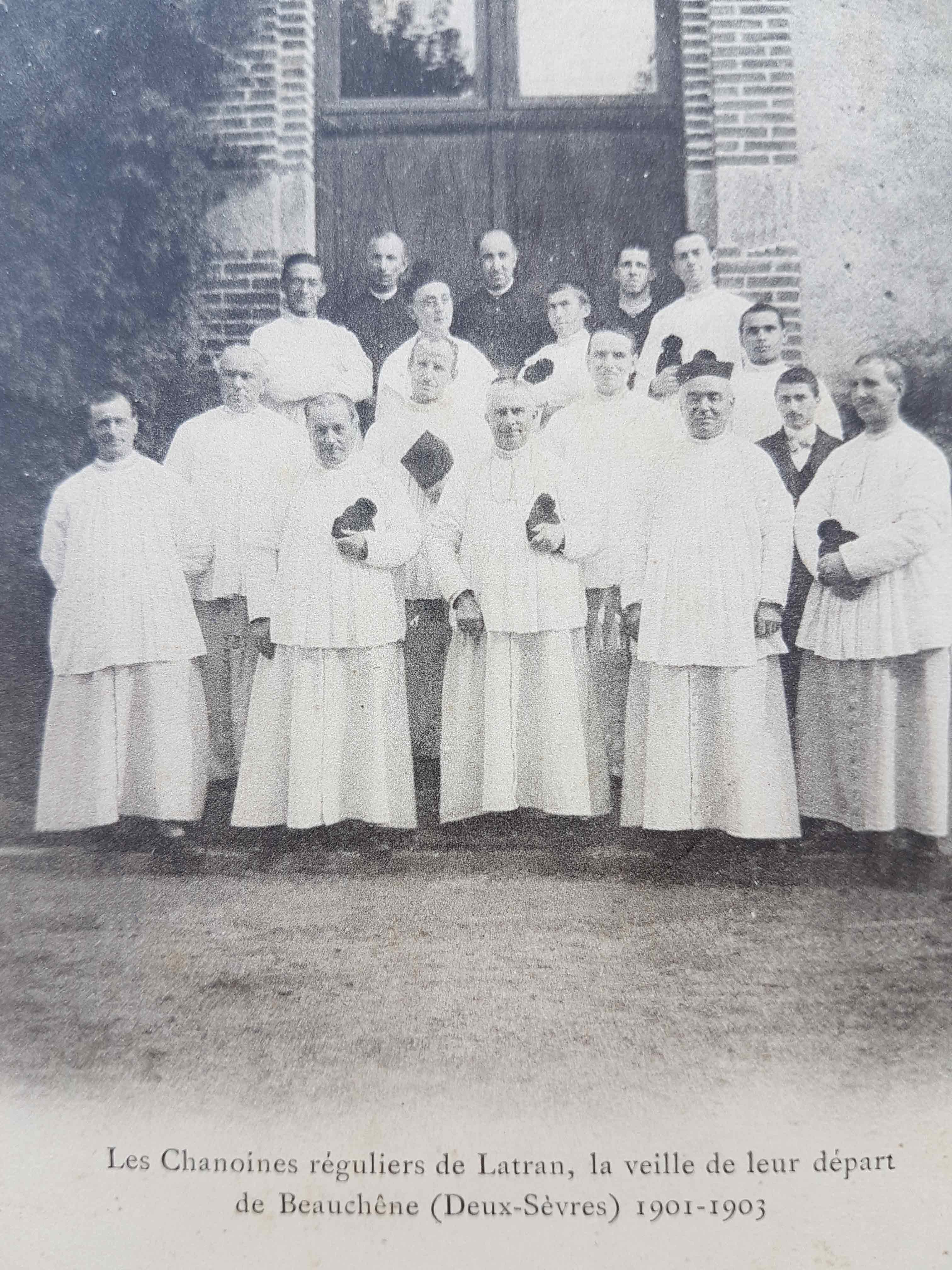 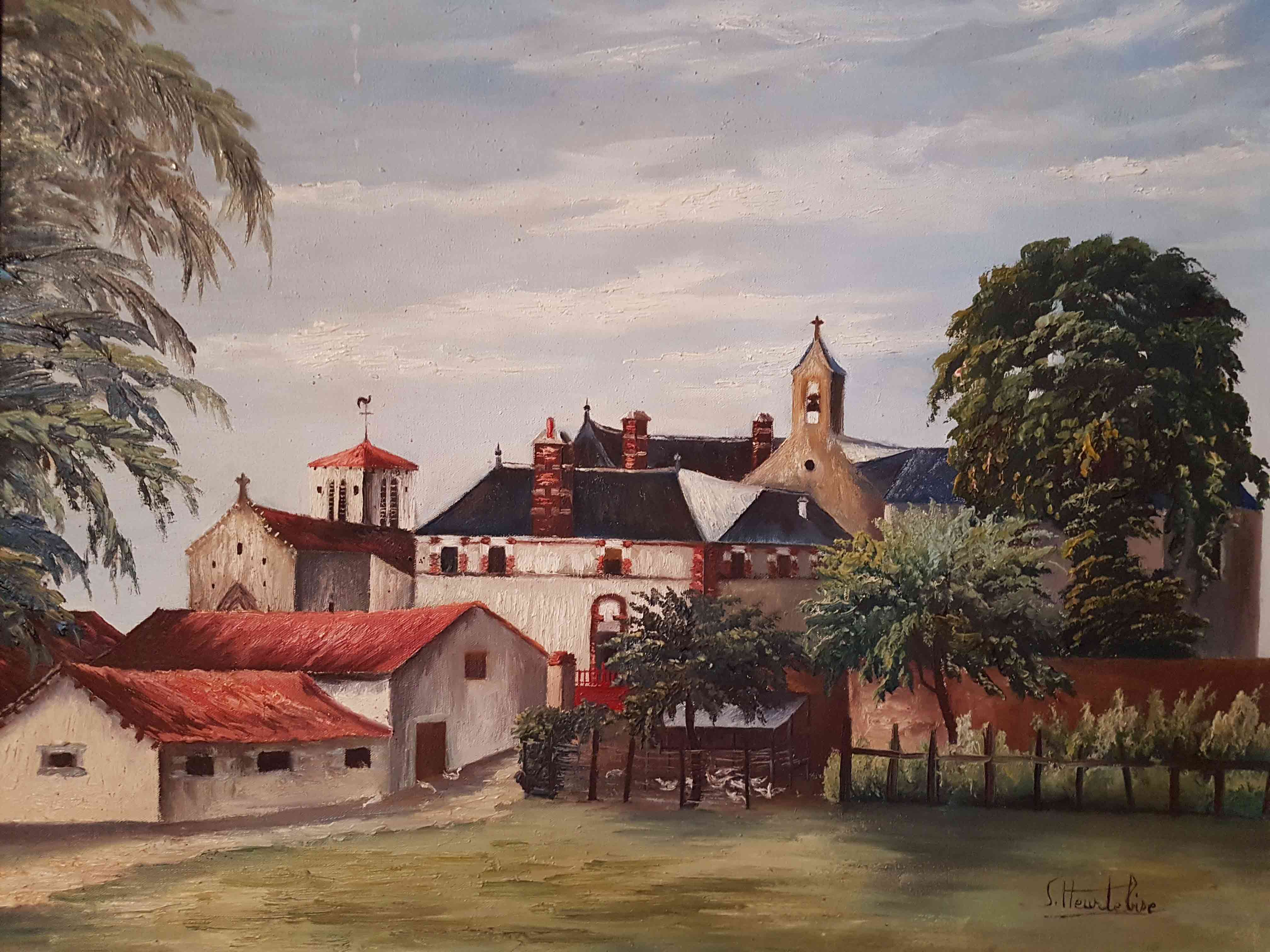 Right from 1920, community life resumed and the apostolate expanded. During the inter-war period, the principle task of the Fathers was preaching mission weeks or retreats, according to parish demand. The community was never very large at this time as it was necessary to keep the activities running in the houses which had been erected in Belgium, following the French anti-congregation laws.

With the successive deaths of the elderly Fathers, in August 1936 the community only consisted of four members: Fathers Rivet and Baudin, and Brothers Babin and Charles Chabot, with ? Familiar Denéchaud. But it was enlarged again with the arrival of Father Louis Roux and five Spanish Basque confreres fleeing the Spanish Civil War.

The Fathers filled-in where needed in parishes: one of them was the priest on Sundays in Cerizay in 1937 until he left for Argentina. He would be succeeded by Fathers Vissers, Pouplin and Benoît, and then by Father Thabault on a full-time basis. One of the Spanish confreres went with Father Vissers to Saint Joseph College in Bressuire as a teacher in 1939.

With the outbreak of war in 1939, the Spanish Fathers left Beauchêne to join their confreres in Argentina and Uruguay. Some of the others were enlisted. In 1942-43, four young men made their year’s novitiate. Two professed would be ordained priests in 1943 and another in 1946.

The foundation of a junior seminary at the rue du Temple in Bressuire from 1953 to 1970.

The first junior seminarians who persevered and made their commitment in religious life, then in the priesthood, are today in active ministry: Fathers Jean-Claude Sorin (Eysines), Édouard Bodin (La Réole) and Philippe Cailleau, a member of the community in Gerpinnes (Belgium).

Due to multiple difficulties, this junior seminary was closed in 1970.

Today, a community of five Canons.

The five members of the community today are: 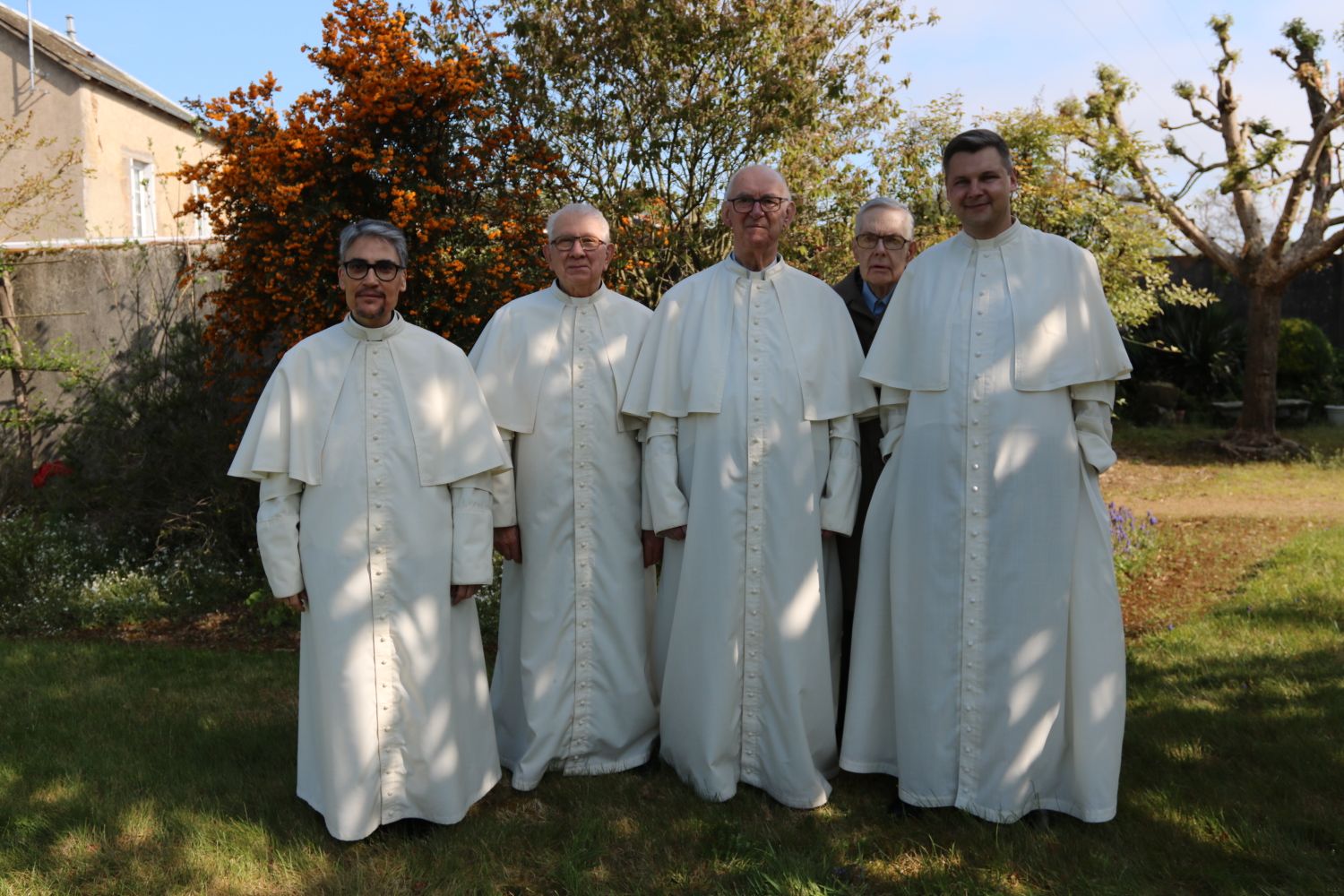 Top
Our website uses cookies to offer you a pleasant and functional navigation but also for audience measurement purposes. Click on "learn more" to obtain more information about the cookies we use and their purpose.Allow.Learn more.